The Best MMA Gloves for Training and Sparring 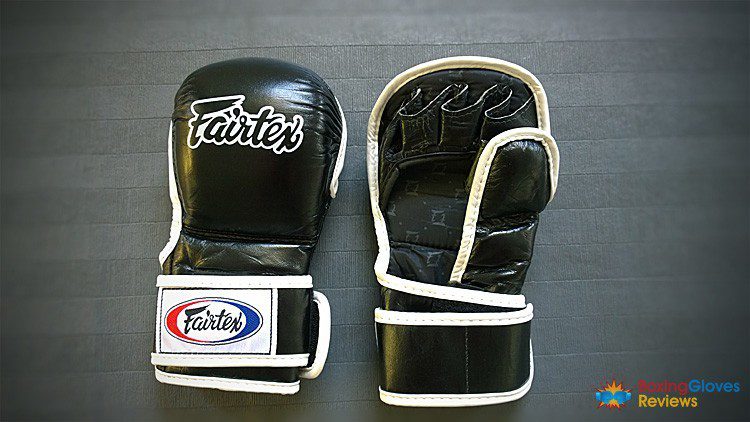 It goes without saying that Fairtex has put in a lot of thought into developing these sparring gloves, which the user can understand without any problem. With the free mobility of the palms and with the much needed multi layered padding, these MMA gloves are best for the toughest of fights for any combat sports.

The love of combat sports has always enthralled the best of people, but often to entertain the crowd contact sportsmen ignore the most basic of safety precautions. It may come as a surprise to many people that the sheer lack of attention people put behind these safety gears in high contact sports like MMA or boxing, which can often end up resulting in serious injury to both ends. Gloves are undoubtedly one of those safety gears which can end up saving the user from some serious and unwanted injuries and it is also one of those things which most MMA fighters put the least attention to. 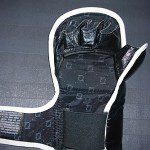 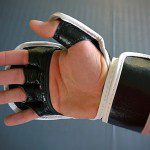 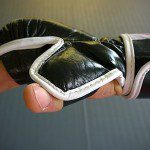 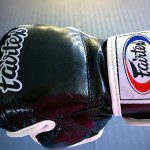 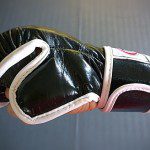 Keeping the safety of close contact fighters in mind, Fairtex has made a career out of making some of the best gloves over the past 38 years they have been active. But it is with their latest installment, the Fairtex MMA Gloves which has managed to create some serious waves in the world of MMA. So what makes these gloves one of the best MMA gloves there is? Let’s take a closer look.

One of the biggest disadvantages with close faced boxing gloves was that it did not allow the user to have the proper control of their palms and hands. Not only did these gloved prevent the palms from reacting normal, but the simple lack to pressure absorbing capacity caused due to the rigidness both the fighters faced some big risks of injury.

Overcoming this problem quite easily, Fairtex developed their hand crafted the open palmed Fairtex MMA Gloves, which allowed the fingers and palms to contract normally. Not only does this save the fighters from breaking their fingers and wrists, but it also prevented the fighter from delivering career ending, fatal blows.

A big problem faced by the regular MMA gloves which Fairtex has managed to overcome quite easily, was the thin padding which ranged from 0.75 inches to 1.00 inches. Even though the thin padding helped the punches with some cushioning, it did not keep the fighters from breaking their knuckles or each other’s face. The 1.5 inch, multi layered padding in the Fairtex Combat Sparring Gloves allows the fighter to have some much needed cushioning, which prevents the fighters from receiving serious injuries and help the fight to continue longer.
Although, if you are looking for grappling gloves, I recommend you to get less padded gloves competition gloves, like  UFC Official Fight Gloves, which allows you to wrestle easier.

It seems like every product available in the market today always claims to be the best and no one else can beat them. Which is why to understand exactly how good are these MMA gloves, they have to be put to the test. On wearing these gloves right before starting punching drills, the first thing that you can easily feel is the free movement of the palm and wrist that these gloves give the users.

These MMA gloves are so flexible that you can freely do pull ups in them. Fearing the main problem put forward by extra padded gloves, I too feared that the padding of these gloves will settle down eventually, making the padding thinner which would make us more prone to injury. This is why I put these gloves to the test with the help of my dear friend Sparring Bob Body.

After few thousand punches at full force delivered on Sparring Bob, it came as a surprise that the padding was literally unphased and remained intact. 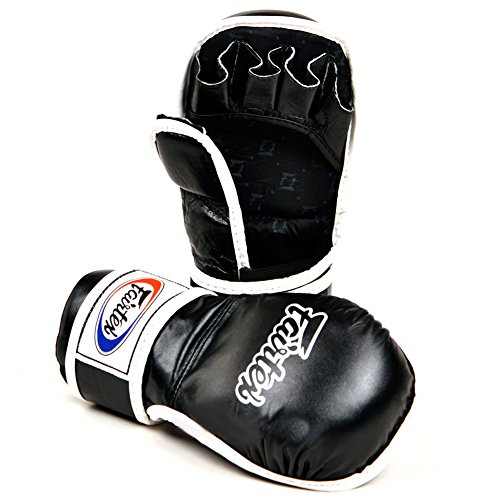 My favorite gloves feature is that unlike the other finger independent gloves out there, this Fairtex allows the fingers to move in a singular motion. This means that these  gloves allowed the user to land the punch, keeping their fingers in a uniform position which could really end up saving the user from broken fingers.

Removing the palm cover from this glove was perhaps the best move by Fairtex, which just managed to add to the looks of these beautiful gloves by Fairtex . By removing the palm cover of the gloves, the user could finally use these gloves multiple times and not have sweat trapped in their palms, which removes the risks of serious skin infections in the long run.

The pre-curved design with independent movement of the thumb is also a feature of the Fairtex Combat Sparring Gloves which should not be ignored, because they truly make the gloves what they are. Allowing the hands to remain in a steady, curved position the user does not have to focus on how much the hands should bend and can put their entire attention on the fight instead.

With one of the most innovative designs and the detail put behind the technology of the Fairtex Combat Sparring Gloves, it truly shows how much care these gloves have been crafted with. Being completely hand crafted not only are these gloves stronger than regular MMA gloves, but they also manage to make up for the deficiencies people face with machine made gloves. Available in a black, blue and red shade.

An important problem that these gloves have managed to overcome is the weight issue. Undergoing some much needed weight loss, these gloves are much lighter compared to the regular multi-layered gloves, which makes them even more effective during the sparring.

Do you agree with my ‘the best MMA gloves’ choice? If you have found anything better, please share in the comments bellow!

This post contains affiliate links and we may receive commissions for the purchase made through these links at no extra cost to you. It helps to maintain our website and it's very much appreciated.
Blog, Fairtex
FairtexMMA
Fairtex, MMA
About the Author
Mantas

Mantas is the owner of BoxingGlovesReviews.com - as well as MMA, Boxing, BJJ and other Martial Arts gear addict and reviewer.
You might also like
FairtexBlogFairtex

What is the Difference between Boxing, Muay Thai & MMA style boxing gloves?

by Lobo on October 11, 2015
When it comes to Boxing gloves there are various shapes and primary uses. There are only two real styles though, two different enough to be separated. Those styles are the Muay Thai style and the Western Boxing style. When most people think, “Boxing [...]

by Lobo on September 22, 2015
Fairtex boxing gloves are some of the most popular gloves in the Muay Thai and Mixed Martial Arts world. The gloves are used by everyone from beginners to the most advanced fighters for sparring, bag training and working the pads.
comments
Leave a reply